skip to main | skip to sidebar

ప్రముఖ తెలుగు కవి, రచయిత, ప్రతిష్టాత్మక జ్ఞానపీఠ్ పురస్కార గ్రహీత, శ్రీ సింగిరెడ్డి నారాయణ రెడ్డి గారి మరణం పట్ల మా ప్రగాఢ సంతాపం తెలుపుతున్నాము; ఆయన సముజ్వల స్మృతికి నివాళులు అర్పిస్తున్నాము.
HEARTFELT PROFOUND CONDOLENCES TO THE FAMILY AND FRIENDS OF THE GREAT TELUGU POET AND JNAN PEETH AWARDEE SRI C. NARAYANA REDDY AND REVERENT TRIBUTES TO HIS MEMORY
I feel very sad to know that Sri CNR, known as sinaarey for short, is no more. He is a sterling writer, great poet in Telugu and he will be remembered forever for his conscientious and inspiring song: "Telugu jaati manadi, ninduga velugu jati manadi"! and also for his innumerable exquisite film songs, some with precious messages to the society.
I am personally indebted to him for his writing a nice foreword to my book on "How to learn Telugu in 30 days" written as per the requirements of late BB Dasguptaji, a veteran sarvodaya leader of Kolkata.
Hope sinare's contribution to Telugu literature will ever inspire the younger generations to cherish and promote their mother tongue Telugu at all costs and strive for and achieve Telugu unity and progress.

[first posted on the Facebook page Telugu Jaati Aikyata kosam on 13 June 2017]
Posted by I.M.Sharma at 9:55 PM No comments:

OUR SINCERE TRIBUTES TO THE MEMORY OF SRI PARUCHURI HANUMANTHA RAO, FOUNDER, PRAGATI PRINTERS, AND VOTARY OF TELUGU UNITY

My heartfelt tributes to Sri Hanumantha Rao garu who was a dedicated communist activist, spent years in prison including in Cuddalore Jail during the 1948-50 tumultuous period, later took to film and then printing industry, shined as nobody ordinarily does - all through his hard work and self-help and built up the great Pragati Printers, perhaps the No. 1 printing press in Hyderabad which also won many world class awards. He was always considerate and helpful towards the needs and demands of the people and especially very friendly towards all of us socialist roaders. My profound condolences to his family and friends.He and Pragati Printers also helped most of our publications wholeheartedly and especially contributed and still contribute a lot to the printing of our world law fortnightly, LAW ANIMATED WORLD. 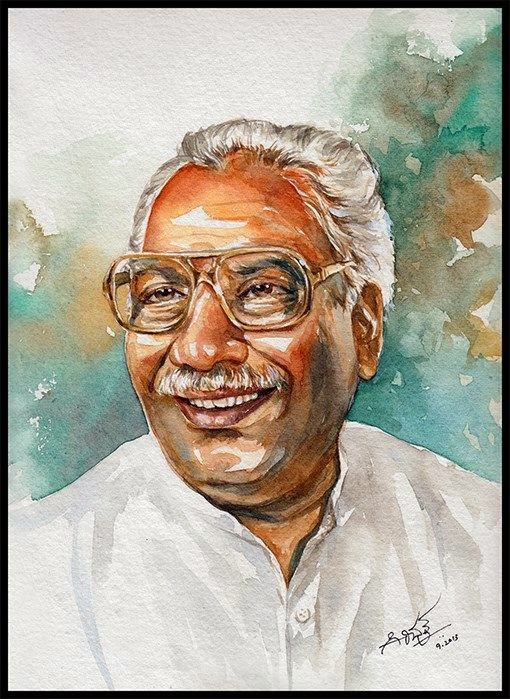 RAYALA TELANGANA PROPOSAL OKAYED BY THE GoM: WHAT NEXT? CWC RESOLUTION OF 30 JULY 2013 BE READ ONCE AGAIN!

RAYALA TELANGANA PROPOSAL OKAYED BY THE GoM: WHAT NEXT?
CWC RESOLUTION OF 30 JULY 2013 BE READ ONCE AGAIN!

Will the Cabinet approve Rayala T resolution or note by GoM? Will the people of Rayalaseema and Telangana agree to it? Will BJP and its allies support it? Well, when cornered that it is against the resolution of CWC for granting a separate Telangana of 10 districts with Hyderabad, it seems pat came the reply that CWC decided only for Telangana State and no borders or limits were announced or indicated in it. I verified and it is true literally, though may not be true in spirit.
Well, then the entire State of Andhra Pradesh can be brought into Telangana State, No? ONLY INSTEAD OF BIFURCATION LET US SAY CONVERSION OR ALTERATION OF APPELLATION!
Whatever be it, I am posting the CWC resolution of 30 July 2013 here for convenient reference.

CONGRESS WORKING COMMITTEE RESOLUTION OF 30 JULY 2013:
The meeting of the Congress Working Committee on 30th July, 2013:
NOTING –
§ The longstanding demand of large sections of the people of Telangana region of Andhra Pradesh for a separate State of Telangana in order to better fulfill their social, economic, political and other aspirations;
§ That the Election Manifesto of the Indian National Congress for the elections to the Andhra Pradesh Legislative Assembly in 2004 referred to the demand for a separate State of Telangana;
§ That the Common Minimum Programme of the UPA (I) Government of May, 2004 and the President’s address to the joint session of Parliament in June, 2004 referred to the formation of a Separate Telangana after consultations and building of a consensus;
§ That Shri Y.S. Rajasekhara Reddy, then Chief Minister of Andhra Pradesh, made a statement in the Andhra Pradesh Legislative Assembly on 12th February, 2009 assuring the House of steps toward the formation of a Separate State of Telangana;
§ The views expressed at an all-party meeting held at on 7th December, 2009 with Shri K. Rosaiah, the Chief Minister of Andhra Pradesh, in the Chair on the proposal to form a separate State of Telangana;
§ The statements made by Shri P. Chidambaram, then Union Home Minister, on 9th December 2009, and 23rd December 2009, after due consultations;
§ The views expressed by the eight recognized political parties of Andhra Pradesh at the meetings held at on 5th January 2010 and 6th January 2011;
§ The report of the Justice B.N. Srikrishna Committee submitted on 30th December, 2010, and the various options recommended therein;
§ The views expressed by political parties, political leaders, elected representatives and citizens’ groups at a large number of meetings convened by the General Secretaries of AICC (in-charge of Andhra Pradesh) on different dates and in different parts of Andhra Pradesh over a period of nearly three years –
It is resolved to request the Central Government
§ To take steps in accordance with the Constitution of India to form a separate State of ;
§ To establish simultaneously, and within a definite time frame, institute mechanism to address the concerns of the people of the regions of Andhra, Rayalaseema on matters relating to (but not limited to) the sharing of river waters, generation and distribution of electricity, safety and security of all residents in all the three regions, and the guarantee of the fundamental rights of all residents;
§ To declare that Hyderabad will be the common capital of both States for a period of ten years after the formation of State of Telangana and to put in place legal and administrative measures to ensure that both State Governments can function efficiently from the common capital during the said period of ten years;
§ To assist in the building of a new capital for the residuary State of within a period of ten years;
§ To declare the Polavaram irrigation project as a National project and to provide adequate funds to complete the same;
§ To identify the special needs of the backward regions/districts of Andhra Pradesh and to provide adequate funds for the development of those areas; and
§ To assist the Government of Andhra Pradesh and, after the formation of the State of Telangana, assist both State Governments to maintain law and order and ensure peace and harmony in all the regions/districts;
The Congress Working Committee acknowledges that the decision to form a separate State of has not been an easy decision. The decision taken today has been taken after the widest possible consultations and after taking into account the chequered history of the demand for a separate State of since 1956. The Congress Working Committee appeals to all Congress men and women as well as to all the Telugu speaking people and residents of the State of Andhra Pradesh to extend their fullest cooperation so that this resolution can be implemented in letter and spirit and in a manner that ensures peace and goodwill and progress and prosperity among all the sections of the people of both States.
* * * * *
Posted by I.M.Sharma at 8:52 PM No comments: